Mrs. Adamson is a graduate of the Hempfield Area School District in 1986.  She earned a Bachelor of Arts from the Pennsylvania State University in English Writing with a duel minor in Psychology and Anthropology and an area of interest in Film in 1990.

After working in Washington, D.C. for 4 years, she returned to Seton Hill College (now Seton Hill University) and earned an elementary and early childhood teaching certificate in 1996.  She received an additional certification of Middle School English/Language Arts in 2004.

Mrs. Adamson is married and has one son named T.J. She and her husband adopted T.J. He came to live with them in September of 2017 and was officially adopted into the Adamson family in August of 2018. He is a very active 4 year old!

Mrs. Adamson has three pets. Pumpkin is a thirteen year old orange cat. She loves to chase her own tail and try to catch the laser dot.   Pumpkin's ten year old gray fuzzy cat sister is named Trixie. She is very shy to her human family members, but torments the animal members mercilessly and guards her human brother! Sir Chocolate Mousse is a 7 year old chocolate lab and a bundle of energy. He is 90 pounds of loving coming at you! His two feline sisters have taught him that he is, in fact, a very large chocolate cat! (And of course they are in charge!) 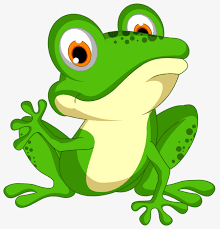